Make us a King! 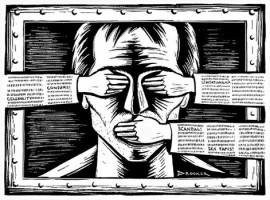 Their success is observed in the ability to stir up controversy; making commentary about niche groups in a manner that is designed to be inflammatory.

This week an Australian current affairs TV show aired a story targeted at one of Australia’s mega churches; Hillsong. This is not the first time Hillsong has received scrutiny from Australia’s tabloid media…and mark my words, it won’t be the last. It seems Hillsong is grouped in with the revolving stories of fuel prices, the duopoly of the Australian grocery market and the latest miracle skin creams (to name but a few!). Why does Hillsong register such interest? Simple. Any good story needs two sides to the debate; two sides that are eager to passionately defend their view of the stated argument. The ‘Hillsong Story’ ticks all the boxes.

Often in the wake of this kind of story we, the Christian collective, respond to the seemingly unfair representation of our brothers and sisters in Christ with aggressive remark. Understandably, we cry foul; objecting to the incorrect and loaded information that these stories contain. For example the recent ‘A Current Affair’ (ACA, Channel Nine) story in review noted that approximately 30 Billion dollars are consumed by ‘Not for Profit’ organisations each year. The claim is made that these dollars are not taxed, thus rendering the Australian public at large ‘robbed’ of revenue (an argument not dissimilar to the ‘mining tax’). What is not considered in these tabloid reports is what these same organisations ‘save’ the Australian tax payer each year. There are few in government (either side of the political divide) that would argue a case for raising the tax status of groups such as Salvation Army, Wesley Mission and World Vision. Why? The reality is that these organisations SAVE the Australian tax payer billions each year. It’s an easy sum game. The government simply wouldn’t reap the tax benefit equivalent to the social benefit provided by these groups. Yes, groups such as Hillsong are clustered under the same tax system rules; but it must be recognised that these church groups are conducting themselves legally. I don’t know many individuals that don’t take advantage of government handouts when they are on offer – even if they are not in dire need of financial assistance.

I hope at this point you have gathered that I am not eager to continue the rants of ‘hate the Hillsongers’. This being said, I cannot finish my reflection without asking us, the Christian collective, to actively and critically reflect on our position. Why is it that Hillsong seems to constantly receive denigration from mass media? Now before you answer that question with the all-too-easy, “the world hates Christians”, ask yourself why don’t the Salvation Army, Wesley Mission and World Vision meet with the same level of disapproval? Could it be that the public perception of each organisation’s ‘core business’ is what invites social trial. In today’s ‘trial by social media’ environment perception is often mistaken for ‘fact’ and ‘truth’. ACA did note Hillsong’s charitable arms; but commentary seemed to suggest that they (the journalist and production team) were not convinced by the ratio of revenue when compared with charitable spend. And here is where I would like to offer our opportunity for active reflection…

There came a point in the Israelite’s history when the people were no longer content with God’s representative being a judge; namely Samuel. The people wanted to be like other nations. They wanted a king. Samuel warned them,

These will be the ways of the king who will reign over you: he will take your sons and appoint them to his chariots and to be his horsemen and to run before his chariots. And he will appoint for himself commanders of thousands and commanders of fifties, and some to plow his ground and to reap his harvest, and to make his implements of war and the equipment of his chariots. He will take your daughters to be perfumers and cooks and bakers. He will take the best of your fields and vineyards and olive orchards and give them to his servants. He will take the tenth of your grain and of your vineyards and give it to his officers and to his servants. He will take your male servants and female servants and the best of your young men and your donkeys, and put them to his work. He will take the tenth of your flocks, and you shall be his slaves. And in that day you will cry out because of your king, whom you have chosen for yourselves, but the Lord will not answer you in that day. (1 Samuel 8:11–18)

But the Israelites did not listen. They insisted that God given them a king. So, “the Lord said to Samuel, ‘Obey their voice and make them a king.’” (1 Samuel 8:22). History goes on to record that the Israelites suffered greatly under the tyranny of their much desired kings (not all, but most); all in the name of ‘being like the other nations’.

I recall during the 1980’s and 90’s that a persuasive argument for relevance seeped into the church’s teaching. Like frogs in slowly heated water (first content and comfortable, but ultimately boiled to death) we gratified ourselves with increased numbers. People were responding to our change in music and overall presentation of the gospel story (we even thought that air-conditioned buildings were cool; excuse the pun). Good things in and of themselves; but had we unwittingly made ourselves a new king. Not one individual who could be held accountable for our slow social demise. No, this was far more insidious. Our king, our man-made king, was a machine. The machine might go by many different names. Whether you label it ‘relevance’, ‘seeker friendly’, or some other non-offensive descript, we had allowed the organism (known as the body of Christ) to become an organisation (a mechanism). Senior pastors became CEO’s and our target became numbers; and in some extreme examples, dollars. Our much desired king, now rules it over us like a tyrant.

I hear Samuel’s words as a clear warning to us. This modern king takes our young men and women; soliciting their youthful exuberance for the machine’s causes. It has been my observation that many (not all) young people are swept into the vortex of the machine’s sub-cultural acceptance; dedicating countless volunteer hours (not paid) to the machine’s forward movement. Secondly, this king calls for more than the tithe. Samuel’s prophetic warning to God’s people that the “best of your fields and vineyards and olive orchards” (1 Samuel 8:14) would be required notes that the king would call for more than what was necessary (at that current time). This man-made machine is time-consuming and money-hungry.

Is our greatest war found on the battle-front of mass media? Do the constant snipes from tabloid media require a response? Perhaps. I would argue, however, that we should invest more time into considering how it is that we got into this predicament in the first place. Is this level of social scrutiny actually a result of our own doing? Is it actually our own misdirected need to be like the non-Christian community; relevant and non-offensive in every conceivable way? Is it because we have made ourselves a king; a king who rules over us like a disconnected dictator concerned only for his/her own well-being?

I’m certainly not suggesting we do away with modern church as we know it. I note that one of God’s greatest stories, a man declared to be ‘after God’s own heart’, was a king of Israel. King David, though far from perfect, served the people of Israel with a concern that went far beyond his own welfare. God can take an apparent mistake (in this case, demanding a king) and turn it into a strength. Currently, our chosen king (the machine) is far from perfect, but I do believe that with some keen prayer, self-reflection, and repentance, we can recognise the gross error of our ways; once again acknowledging the King of Kings as our sovereign ruler (not some machine). Collectively, we might also be able to redirect the machines purposes (not all bad) to align themselves more succinctly with the gospel directives to feed the poor, clothe the naked and house the homeless.